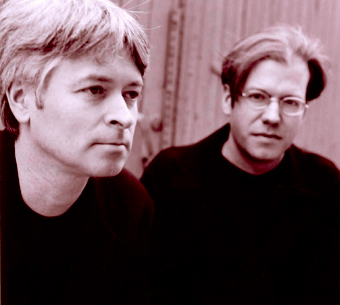 A newly formed group dedicated to the performance of original compositions by its co-leaders and marked by a unique synergy between its members, the Murley / Braid Quartet brings together four musicians with a unique affinity for one another, and a wealth of common playing experience.

One of the great strengths of the Murley / Braid Quartet is found in the multifaceted musical relationships that link the players who have fostered a deep musical respect and understanding. Mike Murley has been a member of the David Braid Sextet since its inception and appears on both of the group's recordings, and Braid often performs with Murley's Quintet. Bassist Jim Vivian has been playing with Murley for more than twenty years, appearing on six of his recordings (including the Juno-winning "Two Sides"), and recently performed with Murley, drummer Ian Froman and legendary saxophonist Dave Liebman at jazz festivals in Toronto and Halifax. Since 1996, drummer Ian Froman and Murley have been members of Canada's premier electric jazz group Metalwood, a group with which David Braid also performed a number of jazz festival dates in the summer of 2003.

The original music mainly consists of compositions from two new CDs: “Extra Time” by The Mike Murley Quintet, and “VIVID” by The David Braid Sextet (VIVID.)

Although the compositions were originally written for quintet and sextet, this ensemble has adapted the arrangements to a smaller format to allow more opportunity for spontaneous interpretation. In addition to performing material from their CDs, the quartet will debut two new pieces by Murley: Rundle and Cascade, inspired by Banff, Alberta.

This music will be recorded live in concert in Vancouver for a possible release early next year.

An engaging, lyrical player, Mike Murley has emerged as one of the nation’s finest jazz talents.  Currently active in The Murley Quintet, Murley / Occhipinti Duo, Murley / Braid Quartet, an acoustic trio featuring Steve Wallace and Reg Schwager, Metalwood, The  Rob McConnell Tentet and as a solo artist, Murley is easily one of the most versatile players on the scene today.

Since 1991, Murley has played on more than seven Juno Award winning recordings, and has been named saxophonist of the year six times by the Jazz Report Awards and National Jazz Awards.  He is on the faculty at both York University and The University of Toronto, and has since 2002 been among the returning faculty to the prestigious Banff Jazz Workshop

Braid was a semi-finalist in the Concours Internationaux de Piano Jazz in Paris France, and was nominated for the Governor General's Academic Medal by the U of T Faculty of Music.  In 2001, Braid was selected by the Canada Council for Arts for the JazzID program which showcased Braid as one of five important young composers and jazz musicians in Canada.  In 2004, he received four nominations at the national jazz awards: Best Pianist, Best Composer, Jazz Musician of the Year, and Best Acoustic Jazz Ensemble.

As a leader, he has recorded two albums with "The David Braid Sextet", a popular ensemble which performs a repertoire of original works by Braid.   This group employs the major talents of Steve Wallace, Terry Clarke, John MacLeod, Mike Murley, and Gene Smith.

Aside from performing and composing, Braid is on faculty at the University of Toronto.

One of the most sought after bass players in the country, Jim Vivian has performed and recorded with virtually every major Canadian jazz artist including Don Thompson, Mike Murley, Ed Bickert, Kirk MacDonald and Sonny Greenwich, as well as with international artists such as Dave Liebman, Kenny Wheeler and John Abercrombie.  A integral part of countless recordings and performances, Vivian is as well a vital part of jazz education in Canada, and has been the instructor of jazz bass at the University of Toronto since 2002.